Whoever puts his feet on Shirdi soil,

his sufferings would
come to an end.

My eye is ever on those who love me.

I shall be ever active and vigorous even after leaving this earthly body.

The birth and parentage of Sai Baba are wrapped in mystery. Many authors and scholars conclude from various proofs that Baba was born at Pathri village in Parabhani District, Maharashtra State, India. Baba himself gave some hints about his life, which have been verified. He seems to have been born some time between 1820 and 1850 A.D. His parents were Brahmins. They handed him over to the care of a fakir, who in turn passed on the young child to a saintly person named Gopal Rao Deshmukh, an ardent worshipper of Lord Venkateswara of Tirupati. After ten years, his Guru directed him to move westward and after some wanderings, Sai Baba settled and spent the rest of his life at Shirdi. It is believed that Baba first came to Shirdi in 1854 and lived there for three years. 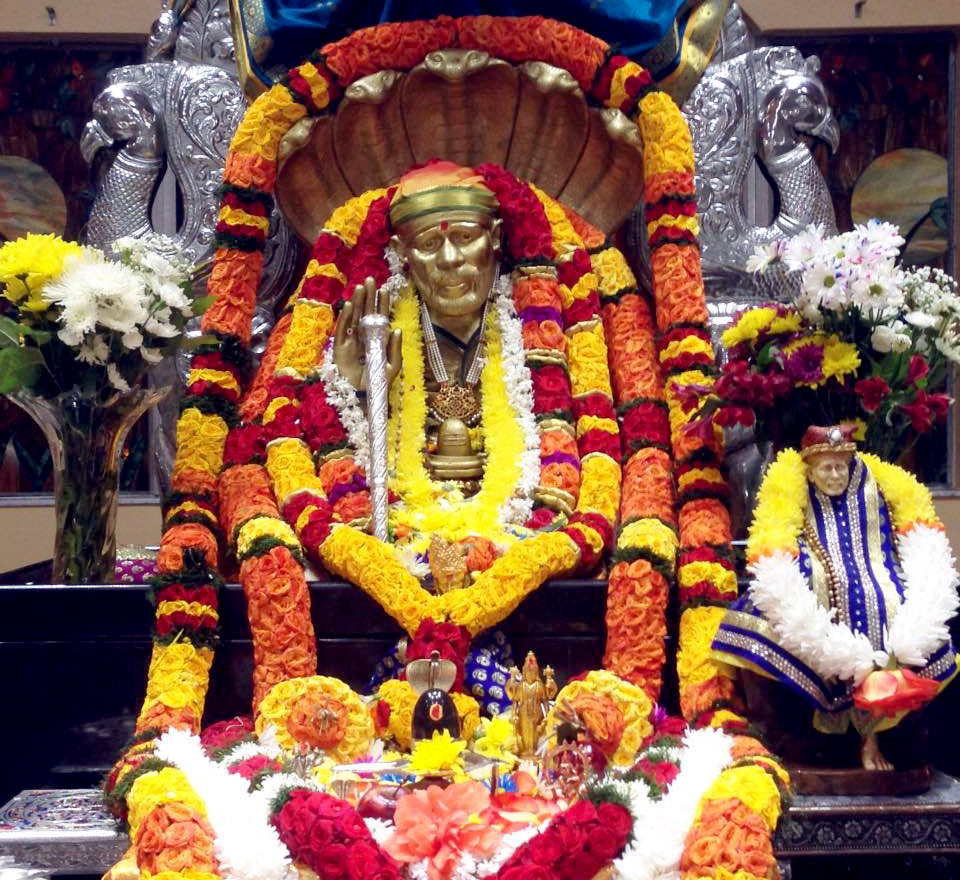 The Florida Shirdi Sai center was inspired by Late Dr. K.V. Raghava Rao guru, also known as Raoji. The center was established in 1997 under the sponsorship of Raoji’s disciples, Drs. Ratna Devi and Purnachandra Yerneni of Louisiana. The original Temple was set in a rented barn in Inverness, Florida. Inverness is a small town in central Florida, with a very few families of Indian decent.

This ShirdiUSA Saibaba canvas painting (3’ X 4’) by Vanessa Fuller-Brown will be displayed in the Dwarkamai at the ShirdiUSA campus.